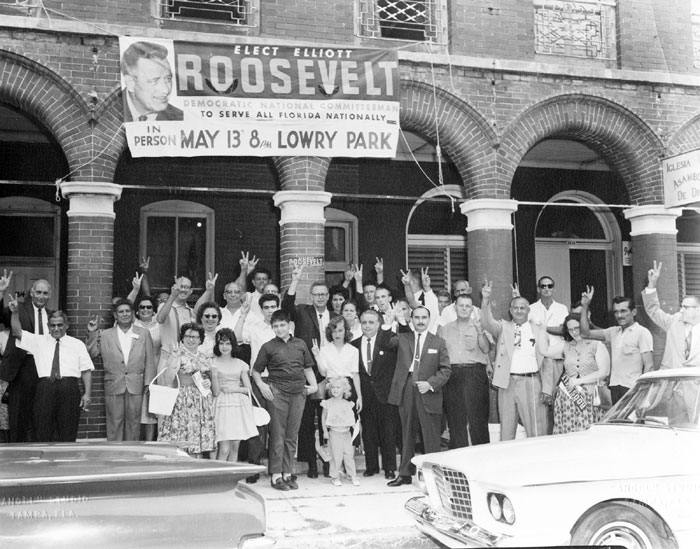 Mr. Bush, according to one participant in those debates, told Secretary of State Condoleezza Rice several months ago that he needed “a third option,” a way to get beyond either a nuclear Iran or an American military action.

Ms. Rice spent a long weekend in early May drafting a proposal that included a timetable for diplomatic choreography through the summer.

“Nobody wants to get to that kind of crisis situation — whether it is us or the next administration — where you either accept an Iranian weapon or you are forced to do something drastic,” said the participant, who declined to speak on the record about internal White House deliberations.

The idea of engagement is hardly new. When Colin L. Powell was secretary of state, several members of his senior staff argued vociferously that the United States needed to test Iran’s willingness to deal with the United States — especially in the aftermath of Sept. 11.

There was strong opposition from the White House, particularly from Vice President Dick Cheney, according to several former officials.

“Cheney was dead set against it,” said one former official who sat in many of those meetings. “At its heart, this was an argument about whether you could isolate the Iranians enough to force some kind of regime change.” But three officials who were involved in the most recent iteration of that debate said Mr. Cheney and others stepped aside — perhaps because they read Mr. Bush’s body language, or perhaps because they believed Iran would scuttle the effort by insisting that the Nuclear Nonproliferation Treaty gives it the right to develop nuclear fuel. The United States insists that Iran gave up that right by deceiving inspectors for 18 years.

Meet the movers and shakers who are at the forefront of the digital revolution and get a firsthand look at new technologies. Prior editions of D featured Bill Gates previewing MSN Virtual Earth and Xbox 360; Wonkette blogger Ana Marie Cox wrangling with the mainstream media; Steve Jobs revealing the world’s first 802.11g mobile base station; and HP’s Carly Fiorina and Dell’s Kevin Rollins trading barbs on innovation versus profitability.

Its relaxed ambience makes the Four Seasons Resort Aviara the perfect backdrop for networking, and one of the best things about D is the caliber of people who participate.

Whether it’s having dinner with Bill Gates and Steve Jobs, reviewing a digital toilet, watching computer trivia champion Mitch Kapor match wits with his rivals at the annual Computer Bowl or just having a great conversation, D has offered a number of memorable moments.

Survivors say that furious Marines rampaged through a quiet street, bursting into homes and gunning down Iraqi civilians — including children, women and an elderly man in a wheelchair. Their account appears to match details emerging from a military investigation of the deaths of at least 24 Iraqi civilians on the morning of Nov. 19.

After the roadside bombing, the Marines arrived first at the door of Abdul Hamid Hassan Ali, 89, an amputee who used a wheelchair. They shot him, then turned their guns on his three sons and their families, survivors said.

Waleed Abdul Hameed, a 48-year-old worker in Al Anbar’s religious affairs office, was among the first of the family members to be gunned down. His 9-year-old daughter, Eman, said she was still wearing her pajamas when the Marines arrived. Her 7-year-old brother, Abdul Rahman, said he hid his face with a blanket when his father was shot.

A few minutes later, the boy saw his mother fall to the ground, dying.

“I saw her while she was crying,” he said. “She fell down on the floor bleeding.” Speaking days ago in Haditha, months after the attacks, the boy broke into tears, covered his eyes with his hands, and began to mutter to himself.

At his side, his elder sister began to speak again. Eman described how the two had waited for help, the bodies of their family members sprawled on the floor.

“We were scared,” she said. “I tried to hide under the bed.” With shrapnel injuries to her legs, she lay still for two hours.

When the shooting began, Eman’s aunt, Hibba Abdullah snatched her 5-month-old niece off the floor. The baby’s mother had dropped her in shock after seeing her husband gunned down. Clutching the child, Abdullah ran out of the house. She and the baby, Aasiya, survived.

The baby’s mother “completely collapsed when they killed her husband in front of her,” Abdullah said. “I ran away carrying Aasiya outside the house, but when the Americans returned they killed Asma, the mother of the child.”

Abdullah’s 39-year-old husband also slipped out of the house and ran to warn his cousins nearby. But he crossed paths with the Americans on his way back; he died of gunshot wounds to the shoulder and head, Abdullah said.

Seven family members were killed: Ali and his wife; their three sons and a daughter-in-law; and their 5-year-old grandson. Only one of the household’s adults survived.